What can I add to the tributes about the Notorious RBG that has not already been said by the Chief Justice of the Supreme Court:

Our nation has lost a justice of historic stature. We at the Supreme Court have lost a cherished colleague. Today we mourn but with confidence that future generations will remember Ruth Bader Ginsburg as we knew her, a tireless and resolute champion of justice.

Her landmark opinions advancing gender equality, marriage equality, the rights of people with disabilities, the rights of immigrants, and so many more moved us closer to a more perfect union.

Justice Ginsburg inspired the generations who followed her, from the tiniest trick-or-treaters to law students burning the midnight oil to the most powerful leaders in the land.

Ruth Bader Ginsburg is the first woman, and first Jew, to lie in State in the United States Capitol ever. How did she earn such an honor?

Ruth Bader grew up a first generation American in Brooklyn, New York. She earned a scholarship to Cornell and matriculated to Harvard Law School where she was one of just two women in a class of 70 students. Gender discrimination was rampant. The Law School Dean asked the female students: “How do you feel about taking the seats of men?”

Her husband, Martin Ginsburg, could not get a job in Boston because of his Jewish name. When he took a job in New York, she followed him and transferred to Columbia Law School. Still, when she graduated at the top of her class, even the liberal Jewish law firms in New York would not hire her because of her gender. She turned to academia, and neither her alma mater, Columbia, nor NYU Law Schools would hire her. So, she began her illustrious career at Rutgers Law School, in Newark, New Jersey.

Perseverance. Through this early journey she became a mother, and cared for her husband who was diagnosed with cancer. Any of these hurdles would have derailed the less tenacious. Any of these obstacles would have provided fair excuse to derail one’s career ambitions. But not Ruth Bader Ginsburg. She persevered. It was as though the formidable obstacles energized her, gave her purpose, and propelled her with Judo-esque(?) skill to flip them into greater opportunities.

RBG was small in stature. She was soft in voice. But she was loud and genetically blessed in intellectual capital, and extraordinarily gifted in the power of persuasion through the irrefutable power of logical argument. She won five of six arguments before the Supreme Court in favor of gender equity, from nine male jurists who did not want to be schooled by RBG. However, their overt or subconscious gender bias could not withstand the assault of RBG’s logic and persuasion. Her “grandmother’s brief” is legend in the field of sex discrimination, cataloging the ridiculous distinctions our law makers had made between men and women, which somehow seemed okay at the time.

Through it all, RBG shared the lessons of her success. Loud advocacy is not effective advocacy.

“You can disagree without being disagreeable.”

“Sometimes you have to be deaf.”

Most telling is the incredibly warm personal relationship she, and her family, shared with Justice Antonin Scalia. Common interests in opera, fine cuisine and shared family values permitted them to bond famously while still jousting vigorously from opposite sides of the legal philosophical spectrum. Recall Democratic House Speaker Tip O’Neill’s Thursday night poker games with Republican President Ronald Reagan. How we miss those days in the current toxic political environment.

RBG did not care about your political affiliation. She cared only about your equal treatment under the law.

If you are a woman and have ever had a dream, chances are she made it possible for that dream to come true.

If you are a person, for you, RBG lived, breathed, and worked tirelessly to bring to life the Constitutional ideal of equal protection under the law.

May her memory be a blessing and help heal our divided nation. 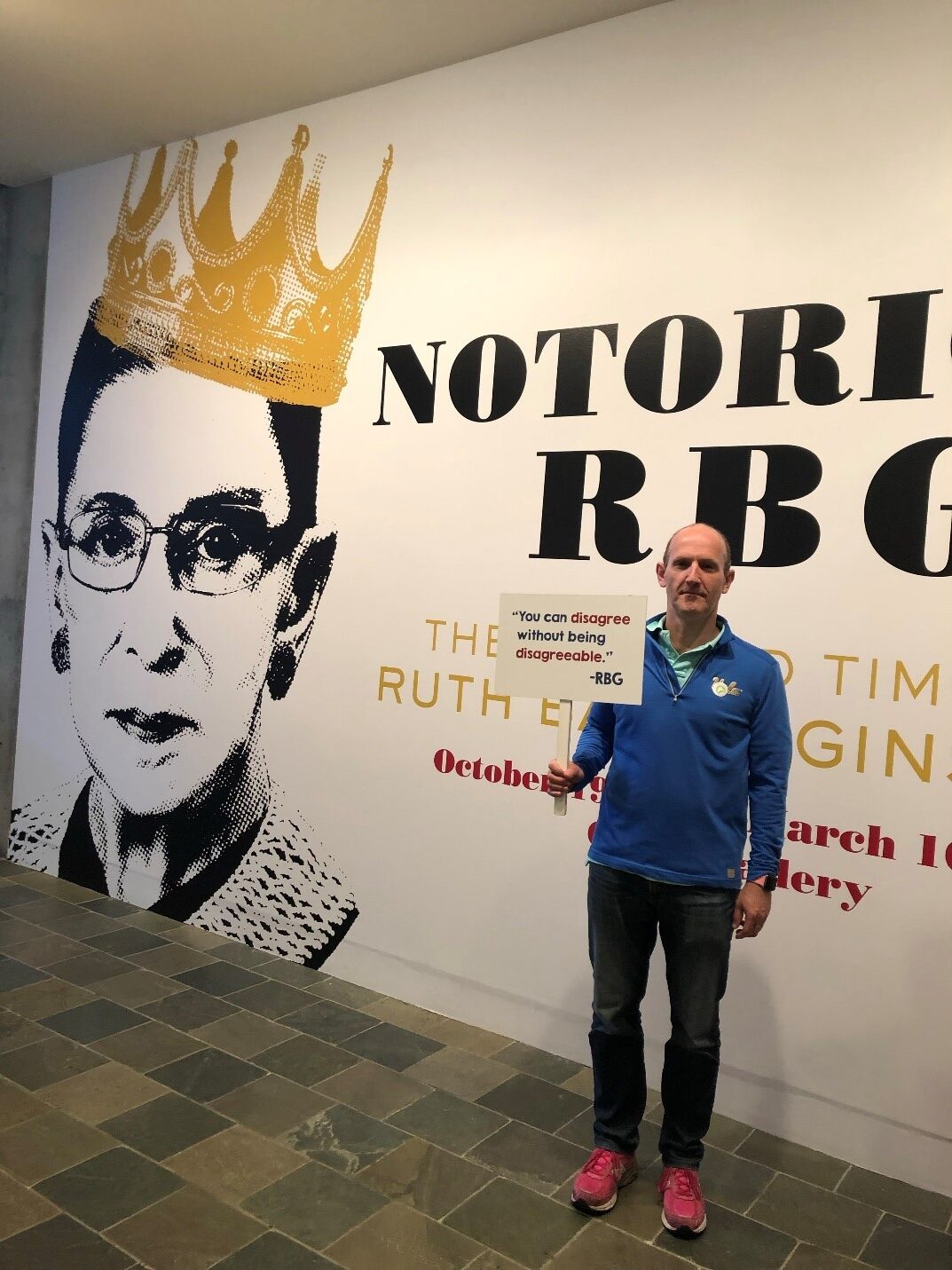